The Good Way and the Quick Way in Nuevo Laredo 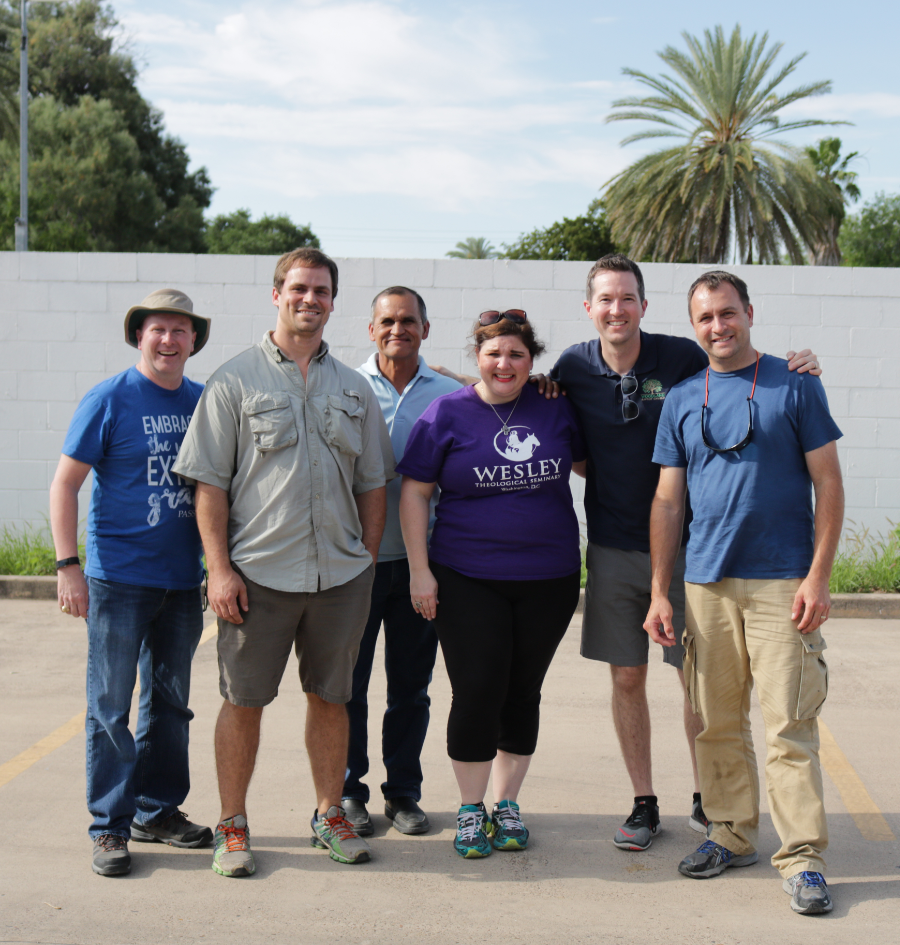 Last week a team of 6 from Woodland followed Pastor Lorenzo Ortiz as he made the rounds to five churches in Nuevo Laredo, Mexico who are housing Cuban refugees.

Until recently, Cuban refugees would be accepted into the United States if they could step onto United States land from land. The policy shift which went into effect in the final few days of the Obama administration, was part of the process of normalizing relations between the U.S. and Cuba.

However, this sudden policy change left between 800-1200 Cuban refugees stranded in Nuevo Laredo after making harrowing journeys across land and sea to wind up with the door slammed in their face.

Some braved the waters of the Atlantic on small rafts to Cancun. Many more travelled by plane to South American and then crossed 9-10 countries to make it to Nuevo Laredo. This journey across the continents can take nine months.

Ortiz is the pastor of Immanuel Bautista Iglesia in Laredo, TX. He has also become a pastor and priest to hundreds of Cubans seeking a new life outside of the oppressive Castro regime. Ortiz has spent the last three months driving across the border everyday sometimes twice a day to visit the churches. He brings supplies, food, and information.

Ortiz is a bivocational pastor turned trivocational pastor at-large. He might as well be the “Bishop of Laredo”. He has spent thousands of dollars of his money. He has ignored his masonry business for three months to care for these refugees. And, he has rallied churches in Nuevo Laredo to take in these Cubans.

Everyday he makes the rounds to these churches. As we followed him we saw that people were as hungry for the information he brings as they are the rice and potatoes we unloaded.

This past week he had one message to send to the refugees— Do not turn yourself in. You will not be granted asylum in the U.S.

A woman began spreading the word to the Cubans last week about a story she read about on Facebook. She told the refugees about a plane with food and supplies coming to Laredo, TX for the Cubans. The media found out this was a lie and told the woman to recant her story. She did. But, it was too late.

The story around Nuevo Laredo is that 300 Cubans, desperate to move on this good news, turned themselves into U.S. border agents last weekend. They were put on a plane and deported to Cuba.

How did these refugees respond to this woman who fed them false information? They shrugged. This is nothing new. They are used to lies.

How are they to know what to believe? Everyday they hear rumors. In a foreign land after a harrowing trek through oceans, rivers, deserts and jungles how do you know who to trust?

Of the five churches we visited the most hopeful community of refugees was the one living in the worst conditions. There were thirty-two Cuban refugees living in a small Pentecostal church along with the pastor’s family. They have built a shower and an extra toilet in the backyard from scraps found around town. That makes 2 showers and 2 toilets for over thirty people.

The pastor has asked Ortiz to build a large room onto the back of the church to house the Cubans. She wants them to stay. They want to stay. In fact, many of them already have jobs and are thankful for the opportunity the Mexican government has given them.

Pastor Ortiz is bringing real hope— sober truth. But he is one voice among many. His voice is a light in the darkness. But, it’s difficult to turn toward the light when the darkness is so thick all around.

Maybe we can help. Pastor Ortiz cannot do this alone. He is feeding them and preaching to them. But, he cannot keep it up forever. We can back his truth with bread. We can provide hope with shelter.

In the New Laredo it’s hard to differentiate the truth from the lies. But, it’s not hard to see the light from the dark— the good from the evil. There is a good way to make a life, and there is the quick way.

The good way is the way of Christ which creates a strong foundation through kindness, generosity, peace and discipline. The fruits of the Spirit provide a road map to a way of life, but that way is not free of suffering. In fact, it often invites suffering.