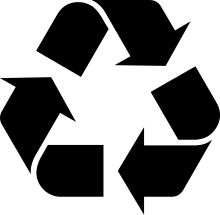 In the 1880’s, the growth of paper products had reached a level that Recycling became a valuable commodity.  By the 1950’s, minor recycling of aluminum drink cans began. Around 15 years ago, we received “bins” for paper, limited glass, & cans. Today’s Carts [Garbage & Recycling] started distribution in 2006. Woodland started its Recycling program in 2012.

[Note: Jim has a passion for being a good steward of God’s creation and has done lots of research over many years. He has written many articles to help people know more about garbage, recycling & organics. Throughout 2017, we are bringing his insight to Woodland so you, too, can join Jim in taking care of God’s creation. Check out all the posts here.]