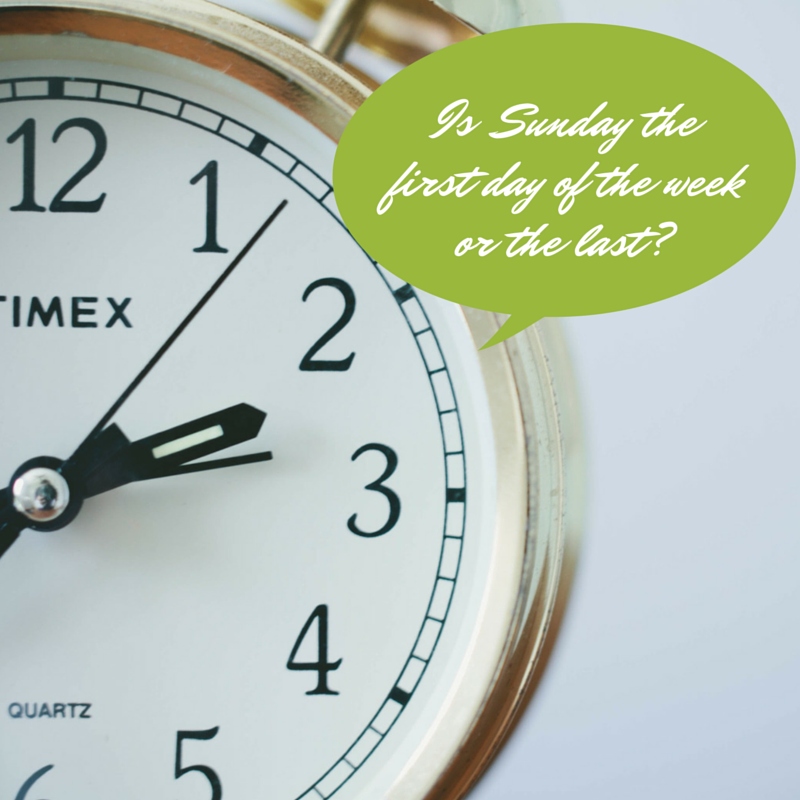 My calendar is wrong.

Typically, weekly calendars start with Sunday at the left margin and move to Saturday at the far right. But, I’m a preacher. And my week leads up to Sunday. My calendar begins with Monday and ends with Sunday so that I can organize my week in order to prepare myself for the big day. And that’s fine except that we worship on Sunday for a reason.

Early in the morning on the first day of the week, Mary and crew came to the tomb to care for Jesus’ body. They came to wrap up and put to rest that which was ending. What they found instead was a new beginning. In the emptiness of the tomb they found the fulness of time where God’s promises come to fruition. The end was the beginning. The empty was full. The future was now. Their fear was their joy.

Christians began worshipping on Sundays because it was the resurrection day. The 8th day of creation. New creation begins on Sunday. And so it is right to tell time in light of the light that burst forth from the tomb that fateful Sunday. Rather than ending the week in worship, we begin with worship so that it will shape our lives for the rest of the week. Rather than meeting to worship in the light of day in a joyful place early Christians met in graveyards and catacombs before the light of day (partly because they had to get to work on time). What were symbols of death became symbols of new life after the resurrection.

This liturgy of paradox might be frustrating to some. Paul says the cross could be a stumbling block to many. It is a stumbling block because of it’s paradoxical truth. The truth that in the end is the beginning. That new life comes from death. That in emptying ourselves we are filled by God to be who we were created to be in the first place. That’s the dance of creation in which we find ourselves. And that dance is best described in paradox. It is enlightening as it is frustrating. G.K Chesterton wrote in his work Orthodoxy, “The madman is not the man who has lost his reason. The madman is the man who has lost everything except his reason.” Reason sometimes leads us to competing truths which might seem to contradict each other.

This is why Jesus taught through paradox, “For whosoever will save his life shall lose it: but whosoever will lose his life for my sake, the same shall save it.” Jesus said, “The first shall be last, the last shall be first.” Perhaps that has as much to do with time as it does with space.

If so, maybe my calendar is right after all.

Maybe I can base my weeks looking forward to the day of New Creation, while at the same time celebrating the coming of that creation each Sunday recognizing and living in the strength and hope this new day brings. As long as we are looking forward toward the new day God brings with expectation, and not dwelling on the past or resigning ourselves to be defined by it, we can be faithful to Easter’s paradoxical truths. You are judged and loved. You are sinners and children of God. God is in control, but we have free will. Jesus was divine and human. Jesus died, but lives. The 8th day of creation is the 1st day of new creation.