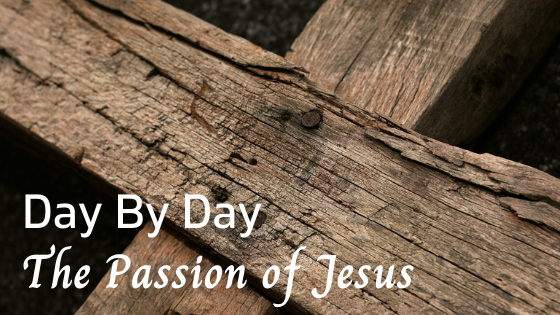 When he entered the temple, the chief priests and the elders of the people came to him as he was teaching, and said, “By what authority are you doing these things, and who gave you this authority?” Jesus said to them, “I will also ask you one question; if you tell me the answer, then I will also tell you by what authority I do these things. Did the baptism of John come from heaven, or was it of human origin?” And they argued with one another, “If we say, ‘From heaven,’ he will say to us, ‘Why then did you not believe him?’ But if we say, ‘Of human origin,’ we are afraid of the crowd; for all regard John as a prophet.”  So they answered Jesus, “We do not know.” And he said to them, “Neither will I tell you by what authority I am doing these things.”
–Matthew 21:23-27

During this pandemic we have all had to learn things we never thought we needed to know, especially biological matters about this coronavirus. Two of the best teachers on this subject are Dr. Deborah Birx and Dr. Anthony Fauci. They have sought to teach all of us, including the President, the dynamics of this subtle but powerful virus. In listening to them night after night, I have grown increasingly impressed and grateful for the gentle ways they handle difficult matters. With intelligence and grace they are desperately trying to teach us ways to not only save our lives, but to enhance their living.

Their presentations have made me reminisce about teachers who made a marked difference in my life. In high school there was an English teacher, Mrs. Sawyer, who saw promise in me that sparked a new path. Then at Baylor, I was inspired by the explosive intellectual energy of a history teacher named Robert Reid, the steady wisdom of religion professor Dan McGee (our own Merolyn’s husband), and the analytical insight of philosophy professor, Bob Baird, to name just a few. In seminary, Bill Hendricks’ encyclopedic mind began lectures when the bell rang, even if he was still walking to his desk, and ended them lecturing as he walked out the door; New Testament professor Fred Craddock was a giant of a man even though he was barely 5’ tall; and John Marsh’s lectures painted a Rembrandt-quality portrait of Jesus to replace my stick-figure understanding. Looking back, I can see that my life was immeasurably enriched by these teachers, who were masters of their subjects, to be sure, but also passionate in their desire to share the gifts they had been given.

Today, we see the genius of Jesus as a teacher. He has returned to the Temple, where he finds in his make-shift classroom a most difficult collection of students. I suppose every teacher encounters such a class from time to time, one that thinks they already know it all. The questions from such students are, if not sarcastic in nature, framed to show how much they know. How many goodhearted teachers must suffer from students who are so full of themselves that they have no room for wisdom and knowledge that would make them better human beings!

On Tuesday Jesus is seen returning to the Temple, having created quite a stir in Jerusalem. First, there was his most powerfully symbolic entrance, one that inspired “hallelujahs” and a path strewn with cloths and branches. Then there was the unsettling experience in the Temple where he disrupted business-as-usual, setting Jerusalem abuzz. Consequently, there was a crowd waiting on him on that Tuesday. In the crowd were Scribes, Pharisees, Sadducees and other members of the Jewish intelligentsia who had come to entrap him with their provocative questions. What ensued was a not-so-subtle display of Jesus’ creative intellect, miring his skeptical students/interrogators in their own questions.

They begin their not so well-concealed assault on Jesus by asking a question, “By what authority are you doing these things, and who gives you the authority?” He adroitly answers, bringing up the ministry of John the Baptist, forcing them to struggle for a proper response, while at the same time letting them know who was the teacher and who were the students.

Amy Jill-Levine comments on this passage with insights from her own teaching career: “Such students sometimes show up in my classroom, raise their hands and ask their questions. But, given that I do know what I am doing and that I do not want to waste my time or that of the rest of the class, I answer in such a way that they never ask such obnoxious questions again. I take my cues from Jesus here. First, try to figure out what is behind a question. Some questions are asked for reasons of cruelty or self-import, and not all questions deserve an answer. In responding, I do my best not to sound rude or dismissive or insulting. I do not want to humiliate anyone in the classroom. On the other hand, I do not want to waste either my time or the time of the student who really wants to learn more about Jesus and the Gospels. Thus, the question asked in a nasty or snarky way receives a patient answer, but one that clearly indicates I am aware of the attitude behind that. Second, know the Scriptures well. Third, make sure that, for seekers who are really interested in what you have to say, you respond not only with kindness and respect, but also with empathy. Jesus is a master teacher, and in listening to him teach, I find I become a better teacher myself.”

Jesus follows up with several scintillating parables in response to the questions intended to embarrass him or even incriminate him. His answers are brilliant as he responds to his critics and at the same time gives us lessons of life and life hereafter. He concludes his teaching with a scathing rebuttal to his opponents, reminding them and us about how important it is to know what is ultimate.

Elie Wiesel, the renowned Nobel prize-winning author and Holocaust survivor, once described an experience in helping a teacher to find his true voice. Jan Karski was born in Poland, but eventually became a citizen of this country, where he taught at Georgetown University. Wiesel found Karski at Georgetown, living in obscurity, trying to stay out of the headlines. In Wiesel’s research he had learned that Karski had written a 1944 book about the Holocaust. During the war Karski was a courier for the Polish underground and the exiled Polish government. He was captured by, and escaped from, both the Gestapo and the Soviets. He was given the assignment to return to Poland, to the Warsaw Ghetto, and to the notorious concentration camp, Belzec, to see if the rumors about the Jews were true. He reported that the worst was indeed true, and he took it upon himself to inform the leaders of the Allied nations as to what was happening. That brought him to America to a meeting with President Roosevelt, who listened to him without comment. Karski then talked to Justice Frankfurter, who was a Jew, and Frankfurter said he didn’t believe him. Karski then gave some lectures around the country, wrote his book in 1944, and then dropped out of sight until Wiesel found him. Wiesel had spoken to television producer Claude Lanzmann, who convinced Karski to tell his story. In a filmed interview Lanzmann asked Karski why, after all those years of being silent, he had decided to speak again. Karski replied that there were two reasons: First, because a whole generation had grown up not knowing what happened, not knowing what racial prejudice and hatred can do if they’re not opposed. Secondly, he said, “I did it because I believe there will be a last judgement, and God will say to me, ‘Karski, I gave you a soul. Your body is gone, but your soul is mine. I gave it to you. What did you do with your soul? And I will have to answer him.'”

Those words still teach, don’t they? Today, let us sit at the feet of Jesus, to learn again the wisdom of the ages.

A Poetic Guide for Prayer: “Introduction to Poetry” by Billy Collins
(regarding a teacher’s difficult task of imparting his passion for his subject)

or press an ear against its hive.

I say drop a mouse into a poem
and watch him probe his way out,

or walk inside the poem’s room
and feel the walls for a light switch.

I want them to waterski
across the surface of a poem
waving at the author’s name on the shore.

But all they want to do
is tie the poem to a chair with rope
and torture a confession out of it.

They begin beating it with a hose
to find out what it really means.