Blessed are those who are persecuted 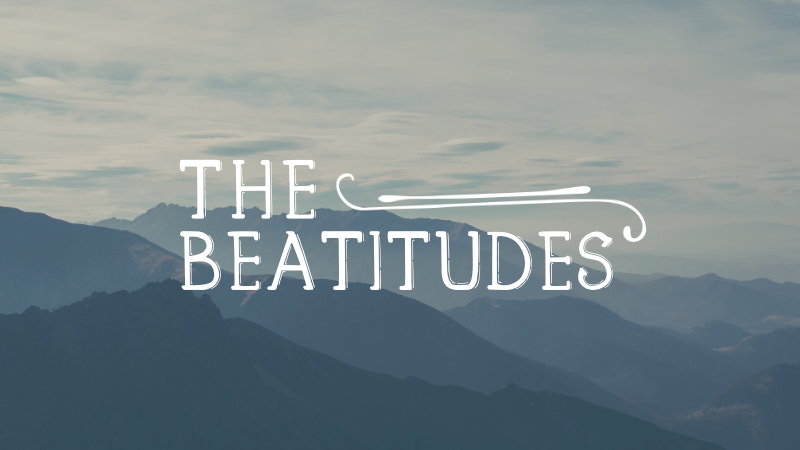 “Blessed are those who are persecuted for righteousness’ sake, for theirs is the kingdom of heaven. Blessed are you when people revile you and persecute you and utter all kinds of evil against you falsely on my account.  Rejoice and be glad, for your reward is great in heaven, for in the same way they persecuted the prophets who were before you.”

One of the obvious heroes in the midst of this distressing and demanding time of coronavirus is Dr. Anthony S. Fauci. Dr. Fauci is the director of the NIAID (National Institute of Allergy and Infectious Diseases) where he has advised six presidents on diseases such as HIV/AIDS, respiratory infections, tuberculosis and malaria as well as emerging diseases such as Ebola, Zika and now Coronavirus. One of the things I admire about Dr. Fauci is his unflinching determination to speak the truth, even if it may not be what people want to hear. Just this past week he had to step in and correct a statement made at a press conference. I’m sure that it was not an easy thing for him to do on the spur of the moment, but this diminutive physician didn’t hesitate in speaking the truth even at the risk of retribution and persecution.

That is a remarkable trait that you often hear when people are describing the military or civil servants like the police and firefighters. The phrase that is used is “They put themselves in harm’s way.” Just typing those words gives me a shiver of admiration and inspiration for those who are willing to put their lives on the line for what they believe. Jesus uses his own translation of this attribute of citizenship in the Kingdom of Heaven: “Blessed are those who are persecuted for righteousness’ sake, for theirs is the kingdom of heaven. Blessed are you when people revile you and persecute you and utter all kinds of evil against you falsely on my account.  Rejoice and be glad, for your reward is great in heaven, for in the same way they persecuted the prophets who were before you.”

Jesus, in a powerful conclusion to this beginning portion of his Sermon on the Mount, makes a powerful statement of what following him will mean. What’s more, he does it in a personal way. Did you notice how he went from talking about those who are persecuted to “you” (thus, you and me . . .us)? Jesus seems to underscore that being a citizen of heaven will demand all that we have and are. We need that jolt today to remind us that we are called to live in such a way that we may very well put ourselves in harm’s way.

A distressed student came to see Will Willimon when he was dean of the Duke University Chapel. The young man said that at a recent fraternity party he had accidently walked in on a couple in a bedroom. At a meeting the next day one of the brothers said, “I understand Mr. Christian got a real eyeful last night!” He said, “With that, they all began to laugh, not a good, friendly laugh; it was cold, cruel, mean laughter. They were all laughing, all saying things like, ‘You won’t see nothing like that in church’ and ‘Better go confess to the priest,’ and stuff like that. I tried to recover, tried to say something light, but I couldn’t. They hate me! They were serious. I walked out of the meeting and stood outside and wept. I’ve never been treated like that in my life.” Willimon told him, “That’s amazing. You are not the greatest Christian in the world, are you? You don’t know the Bible that well. You don’t know much theology.” The student replied, “You know me, I don’t know anything.” And in Will’s playfully insightful way, he said, “And yet, even a Christian like you, in the right environment, can be recognized as a threat, can be persecuted… These days even a guy like you can be a witness, in the right hands.”

Today, we are called to consider how much we believe in this Jesus of Nazareth, how far we will go in sharing his message. This is a vital consideration. In our world of mixed-up religion there are those who preach a “success gospel,” saying “Just follow Jesus and you will be blessed with material success and reward.” Jesus doesn’t say that. He doesn’t sugarcoat his calling for us. He tells us quite explicitly that we are being called “to put ourselves in harm’s way” for the sake of the Kingdom of Heaven. Now, that is a sobering and yet transformational thought for those of us who might not have considered it before, don’t you think?

A Musical Guide to Prayer: Kris Kristofferson, “The Burden of Freedom”
I stand on the stairway, my back to the dungeon
The doorway to freedom so close to my hand
Voices behind me still bitterly damn me
For seeking salvation they don’t understand

Lord, help me to shoulder the burden of freedom
And give me the courage to be what I can
And when I am wounded by those who condemn me
Lord, help me forgive them; they don’t understand

Their lonely frustration, descending to laughter
Erases the footprints I leave in the sand
And I’m free to travel where no one can follow
In search of the kingdom they don’t understand

Lord, help me to shoulder the burden of freedom
And give me the courage to be what I can
And when I am wounded by those who condemn me
Lord, help me forgive them; they don’t understand