Devotions Based on Psalms: Psalm 147 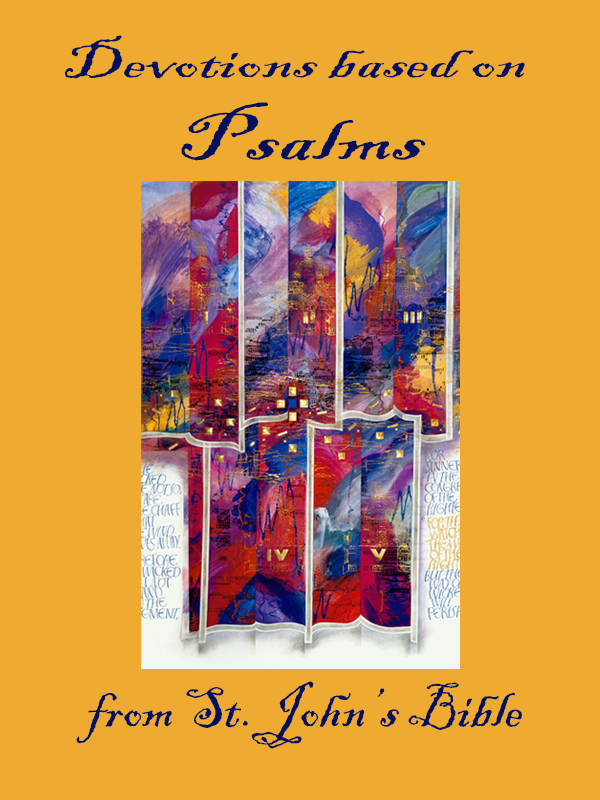 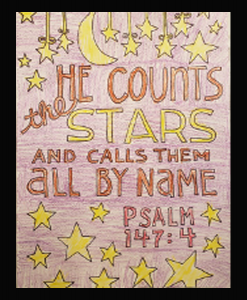 This psalm is a celebration. It’s like 3 verses of a hymn where the community of Jerusalem (Israel) praise God. There are 3 parts of the psalm, where each part calls people to praise God (verses 1, 7, 12), and then verses that follow explaining why (the reasons) we should praise God.  Each part shares something that shows God’s greatness.

Let me break it down for you.  I have separated the 3 parts of the psalm and written each verse as well as how I understand it.

Part 1 (147:1-6)  Praise the Lord – Because the Lord delivers the oppressed
1 Praise the Lord! How good it is to sing praises to our God; for he is gracious, and a song of praise is fitting.
We should be full of praise for God and we should show it.

2 The Lord builds up Jerusalem; he gathers the outcasts of Israel.
He built up the walls and restored the city and brought people back to their homeland.

3 He heals the brokenhearted, and binds up their wounds.
Our Lord does not cast the hurting aside, but He brings them up and heals them in body, mind and spirit.

4 He determines the number of the stars; he gives to all of them their names.
God is great, for He knows every star, galaxy, and constellation by name just like He knows every one of us.

5 Great is our Lord, and abundant in power; his understanding is beyond measure.
God is great, for He has power and knowledge beyond human imagination.

6 The Lord lifts up the downtrodden; he casts the wicked to the ground.
The LORD shows pity on the weak, and lifts them up. The wicked who passed them over shall be cast aside.

Part 2 (147:7-11) – Praise the Lord – Because the Lord provides for the faithful
7 Sing to the Lord with thanksgiving; make melody to our God on the lyre (harp).
We should give thanks to our God with praises, songs, instruments and from a full heart.

8 He covers the heavens with clouds, prepares rain for the earth, makes grass grow on the hills.
Our Lord sends rain as part of His blessing to the Earth and  people so crops can grow.

9 He gives to the animals their food, and to the young ravens when they cry.
Some cannot provide for themselves, so they wait on God and get their food. God feeds the animals and the people. He                   feeds those that need protecting.

10 His delight is not in the strength of the horse, nor his pleasure in the speed of a runner;
No matter how great and strong a person or animal might be, God prefers those who are humble and those who truly believe         in Him.

11 but the Lord takes pleasure in those who fear him, in those who hope in his steadfast love.
God is glad and happy with the people that worship him, however simple, poor, and unknown they may be.

Part 3 (147:12-20) – Praise the Lord – Because the Lord especially protects Israel
12 Praise the Lord, O Jerusalem! Praise your God, O Zion!
We should praise God as a united group of people and as a  whole church of believers.

13 For he strengthens the bars of your gates; he blesses your children within you.
This probably refers to the rebuilding of Jerusalem’s walls, and  God’s protection of the children of God. God protects us and             strengthens us.

14 He grants peace within your borders; he fills you with the finest of wheat.
God brings peace throughout the land and to people, to those  who are chosen and follow Him.

15 He sends out his command to the earth; his word runs swiftly.
God commands nature and nature follows Him, so God’s power  covers the whole Earth.

16 He gives snow like wool; he scatters frost like ashes.
He covers the earth with snow, so it looks blanketed in wool. He scatters the hail and frost easily.

17 He hurls down hail like crumbs—who can stand before his cold?
No one can withstand the hail that God drives forth because it  is too powerful.

18 He sends out his word, and melts them; he makes his wind blow, and the waters flow.
God commands, or He speaks, just as He sends the wind, the  snow and the rain.

19 He declares his word to Jacob, his statutes and ordinances to Israel.
His commands, His words, and His promises are what God gives to His people as His laws.

20 He has not dealt thus with any other nation; they do not know his ordinances. Praise the Lord!
In the Old Testament, God did not give any of this to any other nation because Israel was the chosen nation and truly believed.

This psalm speaks about praising God, because there are many reasons to praise Him and because He showed His power to the people of Israel. He is so far above human understanding that our way to show Him our love is to praise Him. Do not forget to praise Him with your whole heart and spirit!

The 2 verses that mean a lot to me are Psalm 147:4-5 … He determines the number of the stars.  He gives to all of them their names.   Great is our Lord and abundant in power; His understanding is beyond measure.

It reminds me of my Grappa, my mom’s dad. He is an astronomer, and he taught me how to use a telescope to look at the stars and find planets and distant galaxies. He is also an astrophotographer, which means that he takes pictures of stars and galaxies using his telescopes and computers. He and I have taken pictures together and looked for stars and galaxies. We even discovered the star in one of the attached images that wasn’t listed on the star maps! It was a remnant of a supernova explosion that happened before the Psalms were ever written. To us, this star was new. However, Psalm 147:4 makes me think that you will never find a “new” star because it is already known by God. It reminds me of how GREAT God is! He has power and knowledge beyond human understanding (Psalm 147:5), and the creation that God made is infinite and amazing! I have included some pictures that my Grappa has taken so you can see and feel God’s greatness. This also makes me think about the astronauts that recently went on the SpaceX Dragon Rocket to the International Space Station. They have a front row seat to God’s greatness. I bet it’s an awesome view! If I was up there, I would sure praise God! 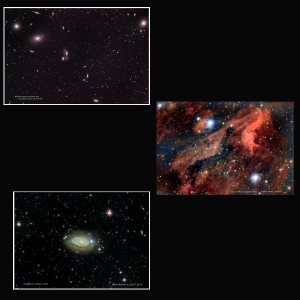