Hope in the Lord 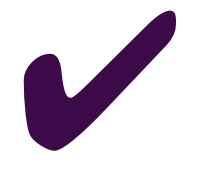 Have you ever felt that you are running out of hope?

To some, hope is a futile thought or feeling because, they say, it produces nothing or does not motivate to do anything, it is an inactive state. Others might compare it to daydreaming or building castles in the air, something that requires a minimum physical effort or involvement, sometimes a term applied to lazy people. The word is even used referring to events in the immediate past that did not go well but somehow are expected to turn out better and surprise us with something unexpected.

Opposite to these ideas, the hope that the prophet Isaiah describes is presented in a very active way and produces several degrees of physical activity: renewing our strength, soaring on wings like eagles, running without growing weary, and walking and not fainting. What an awesome benefits package that is not offered anywhere else. The only requirement mentioned is “in the Lord.”

As people of the 21st century, we are encouraged to save important documents and transactions in a place away from our computers or devices called “the cloud.” There, someone else guarantees their safety. In a similar way, the kind of hope that produces the best results is not the one based in ourselves, but rather in the Lord.

During this Advent season, will you turn your hope to the Lord?