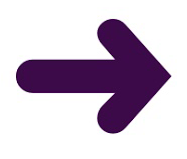 Twenty-seven people were on the stand-by list at the flight gate when I arrived. I watched them return to the agent, time after time, fretting for the word that they were confirmed. And the departure time posted later and later.

The agent’s face was calm, peaceful, encouraging and patient. Her eyes drank in the restlessness of each passenger; her listening was intensely focused. Yet it was a long, long time before they were cleared for the flight. Eventually all twenty-seven got on the plane.

There had been storm after storm to delay the coming of the Messiah.

But when the time was fulfilled HE was born. His Peace could be known and felt in those hearts who had expected HIS coming. And those hearts were tuned in to HIM in every sense. Yet it took little to distract the people (and us too) from the PROMISE HE gave.

Differences began to emerge. Grudges were being held. And Paul said to them (and us), “Don’t fret or worry. Let praises shape your worries into prayers. When you do, a sense of God’s Presence will come and settle you down. (That’s peace.) It’s wonderful when God displaces worry at the center of your life.”

We have scores of images that we can retrieve at will. As we listen for His WORD, HE WILL COME. And like this calming agent at the airport, HE listens intently; HIS face exudes encouraging warmth; drinks in our gaze. Our part: Keep looking intently to our AGENT’S face for the WORD that HE IS COME.

Where have you experienced HIS PEACE around you? If you are calm, listening, and watching….you will know HIS PEACE again and again.