God Comes to His People 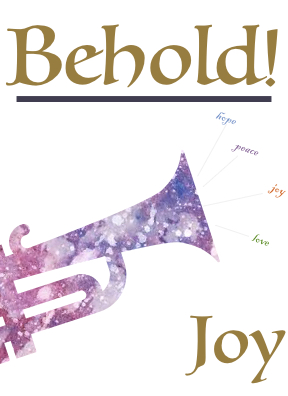 “And the Word became flesh and lived among us, and we have seen his glory, the glory as of a father’s only son, full of grace and truth.”
John 1:14 (NRSV)

The Gospel – the Good News – of Jesus Christ, all in one verse.  The incarnation – God coming to live among His people. When we think of the Nativity, we usually think of night, of the baby being born and the angels appearing to the shepherds during the night.  God has often come to His people in times of darkness, more often spiritual than physical.

While the Israelites were living in captivity in Babylon, Ezekiel prophesied an ark on wheels, letting the Israelites know that God would come and dwell among His people, even in darkest Babylon.  Jewish scholars have a term for the presence or dwelling of God among His people – the Shekinah of God. It encompasses both the dwelling place of God, such as the Ark in the Tabernacle or the Temple in Jerusalem, and the presence of God in those places.

In the Old Testament, the “glory of God” is one of the ways that God makes His presence known.  In Ezekiel 11:23, the prophet refers to the “glory of Yahweh” moving from Jerusalem and toward Babylon, so that He might dwell with them.  It is this glory that Moses saw and that both Ezekiel and John wrote about. John 1:14 reflects this connection between God’s presence or dwelling (His Shekinah) and the glory of God.

As John proclaimed, God chose to “pitch His tent” among us, to dwell among us, in the midst of our darkness, and we know it, because in Jesus, we have seen the glory of God.  Emmanuel. God with us.